In just two weeks after its pan-European launch, DAF Trucks has seen a UK network-wide surge of initial orders for its New Generation DAF range.

The market-leader’s ‘Start the Future’ launch on 9th June was widely praised by the media and the wider transport community, with operators racing to become the first New Generation DAF customers. Production will commence in Eindhoven and Leyland from this October with a limited number of build slots reserved this year to satisfy UK customer orders.

High-profile Scottish haulier, Derek Heeps, is the first out-of-the-blocks north of the border with his order for a top-of-the-range XG+ 530 FT 4x2 tractor, courtesy of MOTUS Commercials in Glasgow. Heeps says the vehicle will be followed soon by a further order for four XG 530 FTG 6x2 tractors to join the Bo’ness fleet. In the south of the UK, HTC DAF will be supplying four XG+ 530 FTGs for ULS Heathrow, and MOTUS Commercials in Bristol has taken an order for the same model with Broughton Transport.

In the north, Lancashire DAF has seen three individual orders for XG+ 530 FTS tractors for Wayne Catt Transport, Leckwith Group and JPL Haulage. And Mark Armstrong of ABH Mansfield has placed an order with MOTUS Commercials in Derby for New Generation DAF XG+530 FTP to join his fleet. “It’s been a hugely encouraging response,” said DAF Trucks Marketing Manager, Phil Moon, “we have a daily sales tracker and orders are coming in at an impressive rate. We delivered a fantastic launch event, and the follow-up sales effort is now in full-swing – operators are obviously very keen to get their hands on the New Generation DAF.” 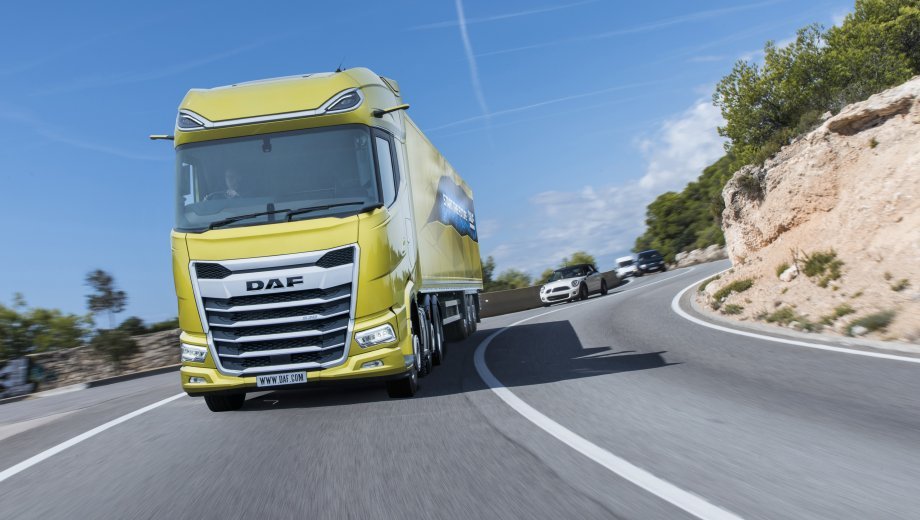 Adams-Morey Limited is an appointed representative of ITC Compliance Limited which is authorised and regulated by the Financial Conduct Authority (their registration number is 313486). Permitted activities include advising on and arranging general insurance contracts and acting as a credit broker not a lender.

We can introduce you to a limited number of finance providers. We do not charge fees for our Consumer Credit services. We may receive a payment(s) or other benefits from finance providers should you decide to enter into an agreement with them, typically either a fixed fee or a fixed percentage of the amount you borrow. The payment we receive may vary between finance providers and product types. The payment received does not impact the finance rate offered.

All finance applications are subject to status, terms and conditions apply, UK residents only, 18’s or over, Guarantees may be required.
Website by Rubix.