Adams Morey has announced the acquisition of Kingdon Wessex DAF and their four locations comprising of 3 main service centres at Saltash in Cornwall, Heathfield near Newton Abbot in Devon and Taunton in Somerset plus a TRP service centre at Camborne in Cornwall from May 1st 2021.

DAF dealership group Adams Morey was launched in 1973 and has built a reputation for quality, along with an extensive customer base, in the truck and van marketplace across the south coast, with its company headquarters in Southampton and a further six locations in the region.

Swinnerton continued, “Nick Kingdon has developed a wonderful independent business which has rightly earned a great deal of respect from its customers for the level of customer service it has delivered. I am excited to welcome the Wessex staff into the Adams Morey family and look forward to further prosperity in the South West.”

Adams Morey is part of the Greenhous Group, which has a further five DAF locations in the West Midlands as part of its business and is listed in the Sunday Times Fast Track of the UK’s top-performing private companies. The acquisition will make Greenhous Adams Morey one of the largest DAF dealership groups in Europe.

To service the increased operational demands of the South West region joining the group, a new dealer principal has been appointed in Jamie Harding. With 11 years in the automotive industry, Jamie Harding has worked for Iveco as UK & ROI Sales Performance Manager and more recently as Aftersales Director of an Iveco Commercial Dealer Group.

Speaking on his plans for the role, Jamie Harding explained: “We have significant plans to grow the business; the South West is a fantastic area and these four locations give us a superb platform to meet all customers and operators in the area. The consistent delivery of valued customer service will be key to achieving our goals, with incremental improvements in our service and parts offering as part of this”.

Harding continued, “We have solid foundations already in place. I’ve inherited a first-class team, our branch infrastructure covering the DAF Truck network is vital to the area. I am excited to work with our partners at DAF Trucks as the brand continues its impressive dominance of the UK truck market for an uninterrupted 26th year and I look forward to visiting customers old and new.”

Adams Morey will begin operation of the Kingdon Wessex sites under the Adams Morey name from May 1st 2021.

Nick Kingdon, Chairman of Kingdon Holdings concluded: “It was not an easy decision to sell the business after so many years, but we do so with complete confidence in Adams Morey to maintain the spirit of service that we have fostered with our customers and staff. Our business continues to evolve, and, in these days of larger organisations, we are sure Adams Morey will look to enhance that spirit to the benefit of customers and staff alike. We wish them all well.” 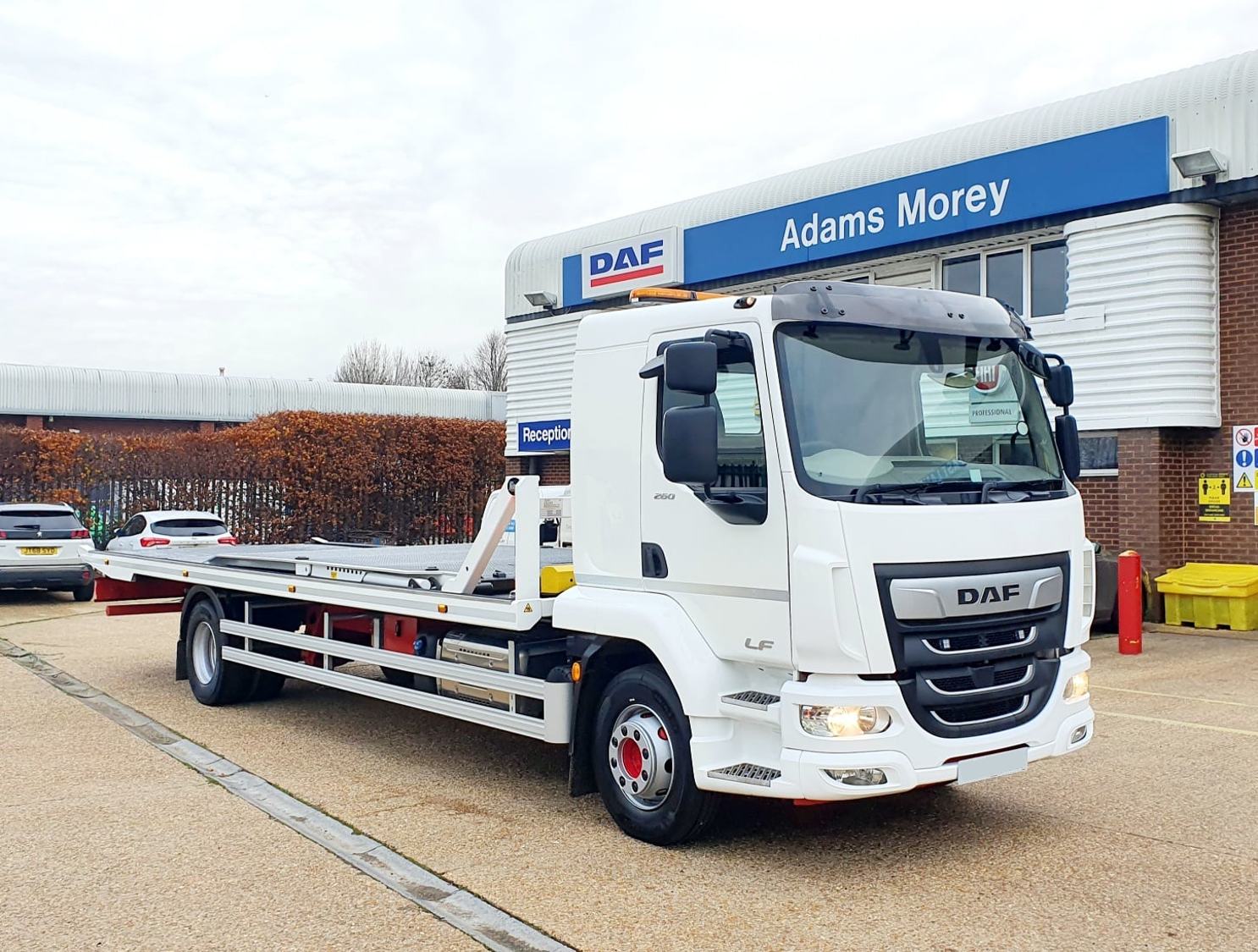