The dedication needed to put in all of the hours of constant running to build the stamina and mental toughness to complete a full marathon is not lost on Pete Wheeler. Pete is a Partsperson at Adams Morey on the Isle of Wight and he has entered for the IOW Marathon on the 4th October 2020 and he will be running in support of research into Motor Neurone Disease.

Pete explained the reason for choosing this charity saying: “My mother in law, Sandra Gregory, passed away in November 2019 after being diagnosed approx. 2years ago with Motor Neurone Disease. This was a terrible blow to the family. I have been running since October 2016 and I have decided to run the marathon in memory of my mother in law.

“I thank my wife, Gemma, whom I have been married to for 14 years this year, who supports me a lot in my running, allowing me to continuously buy running trainers (ha ha!), and my two sons, Lincoln aged 8 and Cameron aged 2. My sister got me into running and had hassled me into going out for runs with her. After giving in, I decided to go running and completed my first 5k run at the end of October 2016, to raise money for my eldest son’s school. From then onwards I have competed in various runs including the Great South Run, Southampton Half Marathon and Gosport Half Marathon. 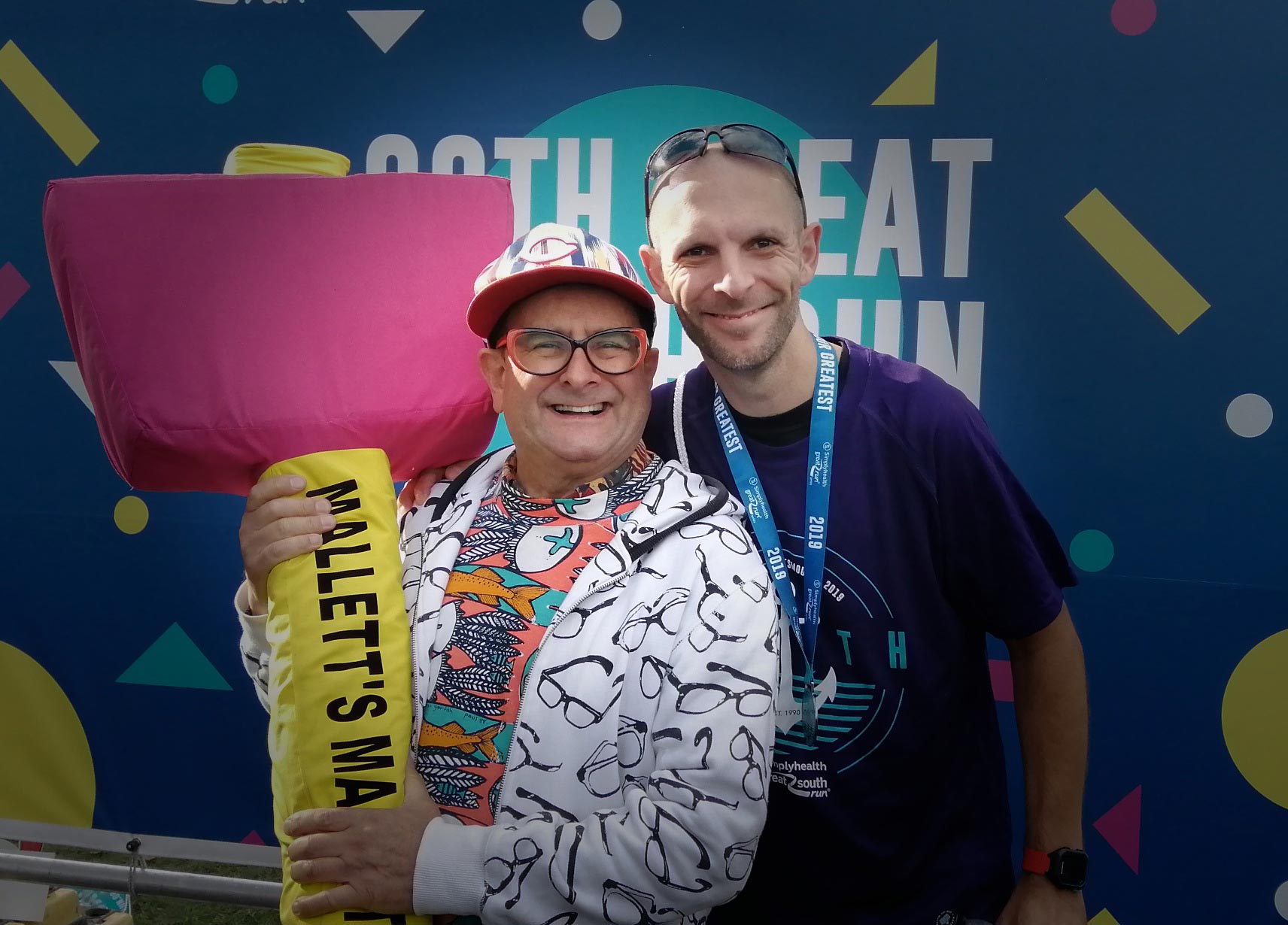 “In 2019 my training has improved and I have completed the New Forest Half Marathon, just 3 secs over my Personal Best time, despite being ill for 2 weeks leading up to this race. I also completed 14.5 miles of the Walk the Wight, which is an event to raise money for the Mountbatten Trust on the Isle of Wight, where some of us run the course. I only ran half the course for the 2nd consecutive time.

“My best race of 2019 was the Great South Run, where I not only got to meet TV legend Timmy Mallet, but I also beat my course time by just over 5 mins and was able to wear my MND vest for the first time. After a successful 2019, I have decided to run my FIRST ever marathon and what better place to do it, than on home soil.”

Pete has worked at Adams Morey since June 2006 as a stores person. Originally working alongside the staff in the workshops, making sure customer’s vehicles are efficiently serviced by supporting the regular demand of parts required to keep the vehicles on the road. Pete accepted the new challenge of taking on the Parts Department front counter role, and it has given him a whole new understanding of the job and the day to day demands of customers, which he enjoys, making sure that Adams Morey can assist them with the best service possible.

Pete is looking for support from family, friends and well-wishers for his Marathon attempt and he revealed: “I have a webpage where I am trying to raise funds, so that more MND sufferers can have access to equipment to help them in the daily struggles that this disease puts upon them. The carers, family and friends also have a lot to cope with, so medical experts and helplines are vital in supporting these people too. Sadly with this disease there is not a cure, but with the funds I am raising, the experts can continue to research for one.

“Please visit my page www.justgiving.com/fundraising/roowheeler as any donation or type of support is massively appreciated. I know that this is going to be difficult, putting my body through hours and hours of training, but knowing that I have your support behind me will spur me on to train hard through these cold months as well as sweating through the blistering summer months to make sure it’s a success on the day in raising money all for a good cause that is close to my heart.”